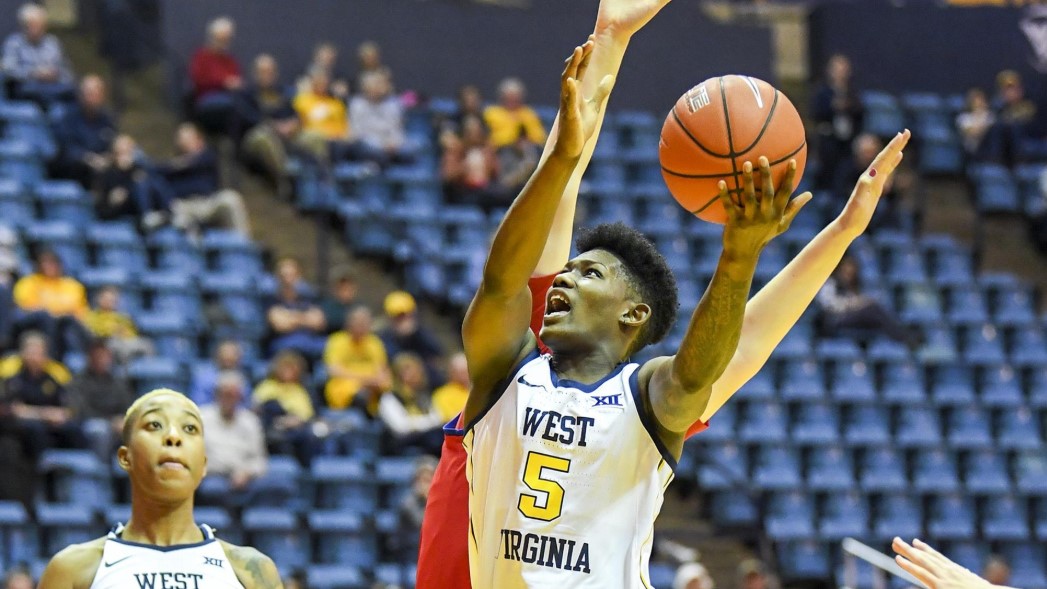 WVU knocked off Texas Tech and Kansas State last week to improve to 18-3.

The Mountaineers rolled past Texas Tech, 77-58, on Saturday afternoon in Morgantown.

West Virginia held a 37-31 lead at the half and stretched otto 20 early in the second half.

Defense was key to the win.

Robert Turner, who kept the Red Raiders in striking distance in the first half with 18 points, was held scoreless in the second half.

Tech’s leadibg scorer, Devaughtah Williams, was kept off the boards until late in the game.

The Mountaineers had a 34-26 rebounding advantage and forced the Red Raiders into 26 turnovers.

It was West Virginia’s first victory at Manhatten since joining the Big 12.

The game featured poor shooting (both clubs shot 36 percent) and 45 turnovers (25 by WVU).

West Virginia held a two-point lead at the half.

An 11-3 run midway through the second half gave WVU a 51-43 lead it would never relinquish.

The Wildcats got within three late in the game but the Mountaineers hung on.

Marcus Foster connected for 15 for the Wildcats, and Wesley Iwundu managed 12.